B&W April: This Just In 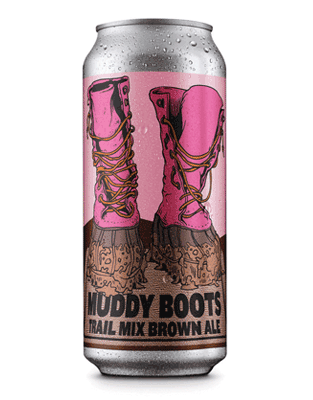 +Baxter gets muddy in March

In a reprise of the first beer she ever brewed in joining Baxter Brewing in 2017, president Jenn Lever’s recipe for Muddy Boots was back on the shelves in March as part of the brewery’s philanthropic “Passion Project” beer series.

A 7% ABV brown ale, Muddy Boots Trail Mix features flavors created with raisins, dark chocolate, and peanuts, evoking the earthiness that Mainers know all too well when mud season rolls around. A portion of the proceeds, too, will go to the Pink Boots Society, an organization focused on providing educational opportunities for women looking to get into beer-making as a career.

And, in order to truly walk the walk, Baxter brought women from the brewery’s sales and administrative side onto the brewery floor to participate in the actual brewing. While Becca Hardin and Sarah Twosley normally head up New Hampshire sales and HR, respectively, for this project they were able to dive in and get their hands dirty.

Sold in four-packs across Baxter’s full distribution footprint, you should be able to find Muddy Boots for as long as the mud lasts at the end of your driveway. Grab it while you can and know you’re supporting the diversification of brewing here in Maine. 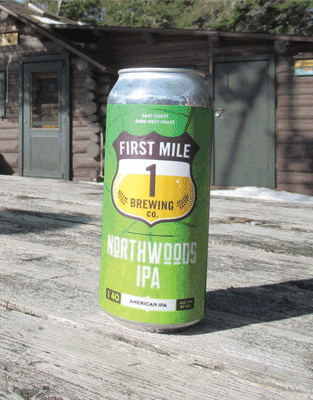 It’s no secret that the pandemic has upended businesses from Kittery to Fort Kent. But one brewery from Fort Kent has done its part to try to alleviate some of the pain for everyone.

First Mile Brewing reached out to Maine Senate President Troy Jackson, of Allagash, with a simple request: Since in-person dining has been largely curtailed, and sales of beer and liquor has sustained many businesses, could we temporarily waive the rules about food sales necessary for renewing a liquor license?

Jackson quickly saw the logic and teamed up with Ellsworth senator Louie Luchini to pass “An Act To Temporarily Waive Certain Requirements for Relicensing for Restaurants that Serve Liquor,” which waives the requirement that 10 percent of all sales must be food and automatically grants a 90-day extension to restaurants that got their licenses during the worst of the restaurant shutdown.

As an emergency bill, it went into force as soon as it was passed in March. Hopefully this increases the chances that your favorite places to grab a beer and a bite are still around when the pandemic truly lifts. 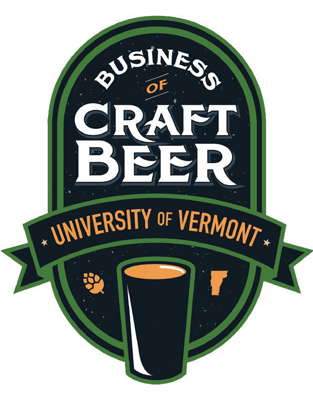 + UVM Emphasizes the Business of Brewing

Thinking of adding to Maine’s mix of more than 150 microbreweries? Maybe look two states to the west, where the University of Vermont has spun up a successful “Business of Craft Beer” program that offers university-level coursework toward earning a Business of Craft Beer Professional Certificate.

But maybe you don’t want to take all the courses necessary for the certificate. Instead, you could try just a course on Brewery Finance and Accounting, or Digital Marketing and Social Media Promotion in Craft Beer. Or even learn about distribution and sales.

The courses are designed to help small breweries get bigger and help those who’d like to get a foot in the door find some industry-specific knowledge, rather than just take generic business courses at the local uni.

If you’re interested, summer courses start in May and each course runs about $1,500. Which would buy a lot of beer.

It seems impossible, but the Lewiston Sun Journal’s Christopher Williams swears it’s true: Last month, the Maine Public Safety Training Institute hosted a group of seven volunteers, gave them a variety of edibles, vapes, and flower, and then had them get stoned so that cops could learn to detect signs of cannabis impairment.

They even gave them Doritos and soda. Because apparently that’s what people like to consume alongside cannabis.

Then, officers were tasked with testing them for impairment, giving them field sobriety tests such as you might see for general driving under the influence: touching your nose with one finger, standing on one foot, etc. One volunteer, according to the paper, vaped “multiple dabs of TCH concentrate” and passed every test. Another volunteer, however, consumed only 15 mg worth of a chocolate bar, but ended up “arrested” at least once.

The trainer noted that, “consumption doesn’t necessarily equal impairment.” Because there’s no lab test similar to a breathalyzer for alcohol, police will rely on these kinds of field tests to determine impairment for the foreseeable future. Hopefully, having Doritos breath remains completely legal.