B&W September: This Just In

+B&W: SEPTEMBER / THIS JUST IN

+Growers and Brewers May Pay for Waste

You know how your tax dollars have to pay for your dump to get rid of your trash and recycling? Well, now your town is going to get some help. With “An Act To Support and Improve Municipal Recycling Programs and Save Taxpayer Money” the state now says companies putting more than a ton into the wastestream or doing more than $2 million in revenue will have to pay a tax to the Maine Stewardship Organization to help pay for cleaning up their mess.

Anyone know how many aluminum cans or preroll canisters there are in one ton?

+Should CBD Brands Be Able To Text You?

Have you ever gotten a text from a brand and been happy about it? If so, and you’re a consumer of CBD products, there may be a new cause for you to take up: The newly formed CBD Brand Coalition is upset that many telecommunications providers will no longer allow them to market their products via SMS messaging … for reasons.

Essentially, there is an industry association for telecom companies called the Cellular Telecommunications and Internet Association — the CTIA — which comes up with standards of decency for all members to adhere to. It’s not a law, but it’s a way to self-regulate and make sure the government doesn’t come up with a law they don’t like. These are called the SHAFT guidelines (sex, hate, alcohol, firearms, and tobacco) and they dictate what is allowed and not allowed to be transmitted by mass-produced text messages.

This year, the CTIA has declared all CBD messaging to fall under these SHAFT guidelines. That means any service that marketers are using to promote to their phone-numbers lists (they would only send to people who have opted in, we’re sure) will no longer allow any CBD-related messages to go through, despite the fact that CBD products are now legal in all 50 states and don’t have any deleterious effects anyone can point to.

Want to help make sure you can get these text-marketing messages? Perhaps look inward and examine why you’re so desperate to hear from brands on your phone (we’re kidding! This is kinda ridiculous), but then contact your congressperson about the “Hemp Access and Consumer Safety Act,” which would establish regulations around what CBD providers can communicate and when.

On July 16, Bissell Brothers announced a new release: Mentation, an IPA brewed with terpenes supplied by Mentation Cannabis. While the beer has no CBD or THC, terpenes are aromatic oils found in cannabis (and many other plants, including hops) and so lend the IPA a cannabis flavor, along with emphasizing some of the citrusy flavors in the Mosaic and Simcoe hops that serve as the foundation of the beer.

“Tastes like pot,” said one commenter on Untappd.com, “in a good way.”

While this is first cannabis terpene collaboration to come across our desk in Maine, Clown Shoes Beer, a craft brewer in Massachusetts owned by Harpoon, released a hazy IPA, “Rainbows Are Real,” infused with terpenes in 2020, and they are at least a bit coy about just what kind of terpenes they’re using.

Perhaps that’s because Lagunitas Brewing released a cannabis terpene beer in 2017, Supercritical, only to have it shut down by the feds, brewmaster Jeremy Marshall told Beverage Dynamics last year. “We thought that because it contained no psychoactive compounds, and we would only serve it on draft,” he said, “that it would be fine. Another brewer told on us. And it turned out they were right.”

The federal prohibition on cannabis at the time put the kibosh on that run. Might Bissell run into the same problem? Seems unlikely as long as it never leaves Maine.

A self-described “nano brewery” in the little Midcoast town of Union, the Pour Farm sits at a truly idyllic spot, with a back patio area of picnic tables that overlooks a gentle bend in Crawford Stream. Honcho Bill Stinson operates a three-barrel electric brewing operation that turns out ryes, blondes, porters, and ambers.

His little taphouse is also a community gathering spot, though, and this summer Stinson’s decided to organize Thursday nights into a weekly “Farmer’s Lyceum,” a reference to Aristotle’s Athenian school, where experts of all walks of life share knowledge with other members of the community.

And the series continues through September, if you’d like to attend. “How to Restore and Old Porche,” on September 9 looks promising, as it’s presented by Terry Laukka, “dude who can building anything.” And September 30 will feature re-enactor Matt Blazek discussing the finer points of building and firing a trebuchet, which seems like a very handy thing to know, indeed.

As part of the first annual Hash Bash operated by Brigid Farms — owners of medical dispensaries the Farm Stand in Saco and House of Hash in South Portland — held on July 10, Dirigo Dank Cannabis’ live rosin took home both the overall Hash Bash Cup and the “Staff Choice” award.

Dirigo for their part gave high praise to Waterboyz Extractz, who helped turn their flower into live rosin, and all of the concentrates makers in Maine, who have established themselves at the top of the national conversation around where to find the best concentrates in the U.S.

As for Brigid Farms, they say the Hash Bash was a wild success, with glass and knife artists, live music, and more, and you can expect it to return in 2022. 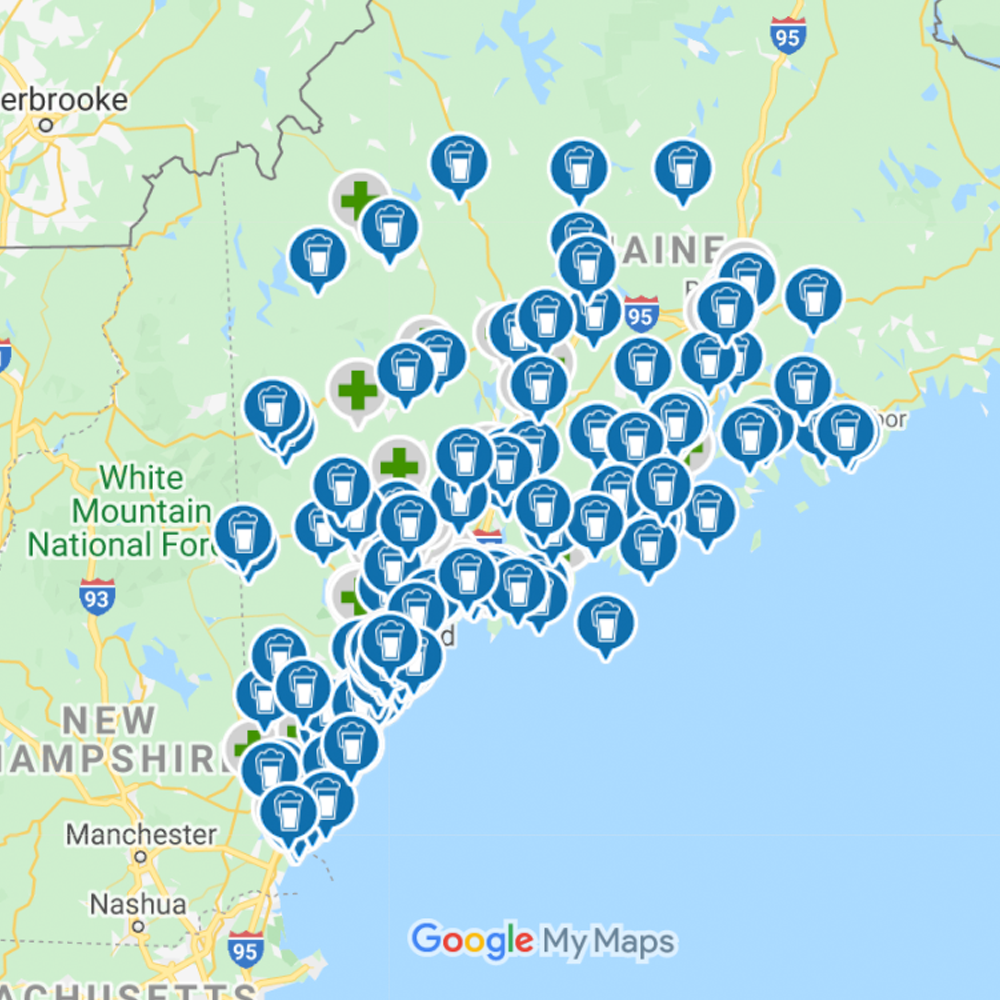